Does the decision come from within or the decision happens based on the surroundings and situations? Do we all have inherent control to resist change, choose wisely or decide foolishly? If in case we do, do all of us have the same level of control and resistance and wisdom? If certain qualities result in the variations of levels of control within us, then does that make the whole idea of free will non-existent?

Free Will: An Illusion

Please allow me to begin by citing an experiment on free will conducted by a neuro-scientist Benjamin Libet.  Follow the link for a 2 minute video on how the experiment was done. https://www.youtube.com/watch?v=OjCt-L0Ph5o.

Let me talk about another experiment that I remember watching in a series called the 'Brain Games' on Netflix. Here the heads of two subjects are hooked on to electrodes that are sensitive enough to measure brain activity. The task of the experiment is for the subjects to choose either a switch that activates a blue light or a switch that activates a red light while staring into a giant stop watch. The researcher tells them it is absolutely their choice to decide which switch has to be pressed but to let him know at what time they made their decision. The experiment begins, the brain waves are being measured, time tracked and we see two lights shine after a few seconds. The subjects report the time they made the decision about the switch they wanted to press. Later, when the researcher studies the measured brain waves by correlating it with the reported time, it is seen that the signals that decided what switch has to be pressed originated in the brain long before the conscious subject attested to having made a decision. This means that the decision has happened in the brain before the subject realizes but the moment the subject realizes or becomes aware of the decision, he begins to think that he himself, the conscious subject made the decision as opposed to the reality wherein the decision was already made moments before conscious awareness took place. 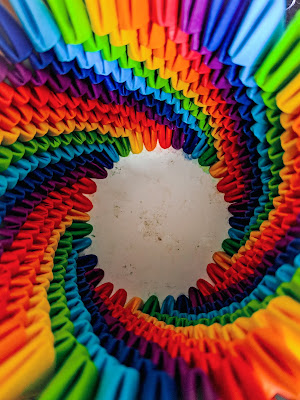 What this tells us is how free will exists only as an illusion. Although the conscious observer becomes aware of the thought and takes ownership of the thought, it still was not created by the subject itself. It was created by the brain which in-turn depends on several other factors like physiology, emotions and external situations. So if we are not thinking and if thinking is happening to us, how do we actually make decisions? All rational humans know that we can change our thoughts and direct it whichever area we want to. For example, I can choose now to think of a penguin or the sun or my grand mother. Does that mean I am making myself think about all that or actually my brain's pre-conditioned nature throws these random thoughts into my sphere of consciousness while just the feeling of thinking makes me assume I am thinking.


"Cogito ergo sum" said the French philosopher Descrates. It translates into English as "I think, therefore I am". This quote is most often celebrated as a statement that can withstand the test of doubt. If nothing, it clearly answers the question "Do I exist?" The modern philosophy of science which is mostly developed out of renowned philosophers such as Descrates himself seems to attribute all existence to thoughts. Yes, thoughts definitely happens to us but are we actively generating it or thoughts are generated and we become aware of it? If we put our skills of reasoning and logic into work to answer this question, we can lean on science. When we lean on science, it is clear that thoughts happen to us and we do not generate it. When we do not generate the thoughts, then what are we actually?

The question of 'who am I' takes a predominant position for anyone who seeks true knowledge. Instead of reaffirming our existence to the thoughts and further emphasizing that the 'self' creates the thoughts, it would be better if we all took a step back and truly realize for ourselves that the 'self' does not create thoughts but only observes and understands it. Once understood or once the 'self' feels sub-consciously or sometimes consciously in agreement (based on how the body is programmed) to the thought that is generated, the 'self' moves along with the thought and results in action. Even the will to stop a thought or prevent an action is also a thought in itself and the 'self' still has absolutely no will of its own to generate a thought but only realize that a thought has arisen which requires a previous thought to be nullified thereby preventing execution. The 'self' is absolutely non corruptible throughout all these processes while the thoughts and resulting actions are attributed to myriad of factors including physiology, emotional state, external situations and so on. So in essence, the 'self' is a silent observer of everything that happens including the thoughts, the feelings, the emotions, the actions and its repercussions. The body can be thought of as a puppet dancing around based on the variations of external conditions in tune with the internal programming. The only catch is that within each of the puppets, there exists the 'self' that is untouched by all these changes and which really is the awareness that says 'I exist' without the words or the language. This pure sense of awareness or consciousness is the core of existence in all beings. Perhaps the assignment of consciousness could also be extended to non-living things as well - just that we don't know how consciousness manifests itself in materials that we know are not alive.

I guess there is no answer for such a question. Perhaps let us stop demanding someone to be criminalized or labelled while moving towards a culture of empathy and education where mistakes are tolerated and the bodies that commit the mistakes be rehabilitated by education tailored specifically for that body. Such a society is yet to materialize on the face of earth. A society that functions because of everyone's selfish humility. Selfish because everyone has a subjective experience of the reality and therefore without being selfish, the subjective experience is either ignored or not prioritized. Humility because everyone has a subjective experience that is uniquely their own therefore it requires everyone to be humble in front of the diversity that exists while respecting and valuing people's experiences. Without the uniquely subjective reality that everyone experiences, we would not have a collective society that we do today. It is only because we demand everyone to fall in line to the requirements of a society, we see trouble and we see disturbances. To overcome suffering, to overcome pain and oppression of peoples, it is important we understand what the 'self' means. Once that is achieved, practicing selfish humility serves valuable purpose in dealing with other people while valuing the 'self' for what it truly is - an experience!

How is the 'self' realized then? The onus is absolutely on the body or the brain that has read this far. The onus is on the body that has sought out this question. It is only by introspection and meditation that the self can be realized. Although it ever present in all our thoughts, deeds and in the absence of the same, it is seldom realized. To realize it, to know about the self, to become the 'self', the individual has to embark on a quest of seeking. A path of enlightenment. To become one with the omnipresent self. To just be! 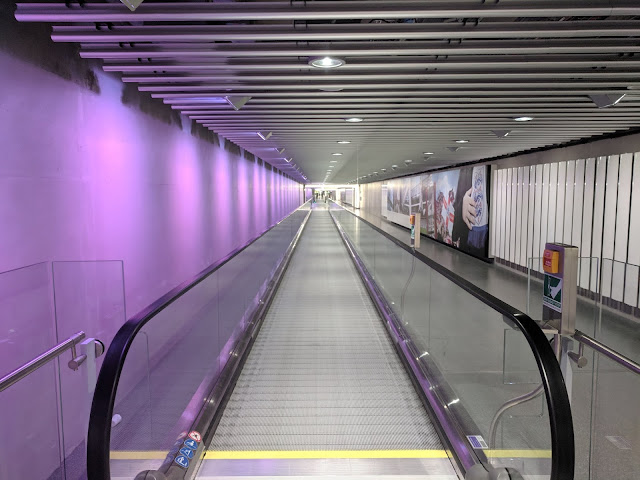