MaiaM which is a Thamizh word for 'the middle' or 'the center' is a short form representing Makkal Needhi MaiaM (MNM), a political party founded by Kamal Hassan in Thamizh Nadu, India. The origins of the party and its growth so far has been very novel for the average Thamizhan. The political, economical, environmental situation in Thamizh Nadu has been very volatile for the past couple of years reaching boiling points several times in this span. One of the peak moment occurred as 2017 unfolded. In January of that year, Thamizh Nadu and the 90s kids primarily witnessed a profound uprising of the voice of those who spoke the common mother tongue. Why do I emphasis 90s kids specifically? It is because the coincidence of this volatile moment in Thamizh Nadu and the coming of age of the 90s kids (adult suffrage) is a perfect juncture for what could be an amazing reinventing of the society in Thamizh Nadu.

Stop reading for a moment now - think of your past, recall the number of times you had to do the wrong thing to get basic necessities satisfied, think of the very first time you reluctantly bribed a government official to get what you needed, think about how your blood boiled while witnessing injustices, think of the moment when you felt discriminated by your caste, money and lack of power, think of the moment you felt 'nothing can be done about this country'.

We, the youth of Thamizh Nadu have seen enough atrocities that now it has become a norm to ignore it as something that is of no big a deal and move on. We fail to see how the silence and ignorance of the 'comfortable class' is leading to the suffering of the 'uncomfortable class'. Comfortable and uncomfortable classes are references to the present day middle class who can afford to live a comfortable lifestyle despite the burden of a corrupt society and the uncomfortable class is the lower middle class and the poor who cannot afford to carry the burden of a corrupt society and fail and protest. Not all comfortable class people are silent though, most of them have started talking and voicing their opinions specially in the past year or so. The voice of the uncomfortable class is the loudest now in Thamizh Nadu and it is so for a reason. When the society is squeezed by its throat, it is the socially weaker members that will wake up because they will be the first ones to feel the pressure. This doesn't mean the comfortable class can just ignore the protests and live in peace, the whole society will crumble and collapse once the throat is held tighter for longer time. It is time for us all to wake up, to wake up and be part of this immense social structure, expand our social awareness and develop a social consciousness that can drive us all to make our amazing Thamizh land a place for all to live a peaceful life. 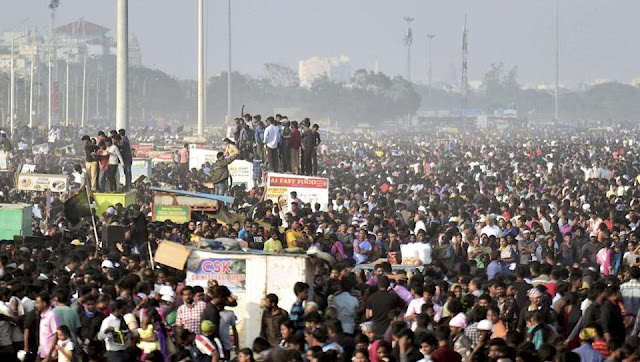 So, what does MaiaM has to do with this pivotal time in the modern history of Thamizh Nadu's politics? MaiaM is a word that reflects the political ideology of the party, 'Centrism'. Kamal Hassan, a well renowned actor, director, producer, musician, screenplay writer, thinker, choreographer, poet and some more I suppose has probably had the awakening that many of us have had in the recent past. The January 2017 protests saw an awakened Thamizh Nadu where the language united the citizens of the land for a common cause (in this case it was to ensure Jalikattu could be held in Thamizh Nadu). But even those who never spoke or talked about Jalikattu in their lives took part in the protests, from children to families to youngsters to adults to senior citizens, everyone somehow voluntarily came out to the streets. On what was one of the world's largest peaceful protests, all I could experience all the way back in Canada was nothing short of goosebumps. It was probably the same feeling that pushed the actor turned politician into the political arena.

Everything I've seen from the party so far has been different and the approach quite modern to us, the Thamizhs. Right from the topics talked about, values shared, manners followed, ethics maintained, this party (seen completely from an objective viewpoint) definitely stands out along with probably few other parties. I have enrolled myself as a member online and am following its activities from here in Windsor, Canada. Observing the posture of Kamal, it is very clear what his intentions are. His words reflect the necessity of change and the arrival of a perfect moment that all of us together can make it happen. He has clearly said it is not about one man, so it is not about Kamal himself but it is about all of us, the comfortable and uncomfortable class, every constituent of the fabric of society to construct and craft the future of our state/country/world.

Why MaiaM? Why Kamal? 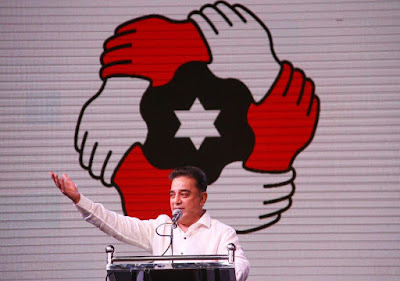 I have thought about this several times over and I cannot think of one reason why not. I find it hard to explain why should we not use this as an opportunity to build a collective society together? Kamal, being a famous actor has had several of his fan clubs converted into 'Narpani Mandram', meaning 'good will foundation'. The members of the foundation have occasionally involved in donating food and medicines to the elderly and kids, blood and organ donation, donating dresses and tailoring machines for the needy and helping with the educational expenses of children. This may not be a list that you wanted to see but for me, it is definitely something that I can use as a reference to the kind of crowd that is clearly part of the party. For me, that is a very good starting point, for we cannot expect everyone to have done everything that we expect them to do to qualify them for running elections. The main leverage for choosing MNM is primarily because of the initial large group of people Kamal can gather-up without much efforts that will form the foundation for future additions. If a 'not-so-well known' person starts a similar clean party, I can still support the party but I have also seen several good people who began their political initiatives for clean governance yet failed to garner enough votes to make it happen.

Secondly, it also satisfies my primary concerns about core ideologies for the welfare of our state and country. MNM is clearly a Dravidian party. Kamal has also expanded the idea of Dravidian beyond the confines of south India and historically that is an accurate perspective I'd say. Linguistic analysis of Dravidian languages will clearly point to the fact that Dravidian family of languages has existed throughout the subcontinent from Afghanistan to the eastern periphery of Himalayas. While several language families and with them their civilizations died out over the time and after waves of migrations, we are currently in modern India where Dravidian languages are constrained to the south of the sub-continent and to a small pocket in present day Iran - language of Brahui. Please follow the link for additional reading and explore on your own time too - it is quite interesting to truly understand history. https://www.britannica.com/topic/Dravidian-languages 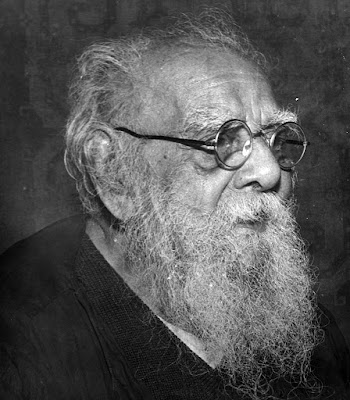 Subscribing to Dravidian ideologies means to subscribe to an open, honest society that preaches equality of all as its primary goal. Do not assume Dravidian parties only means the present day DMK, ADMK, DMDK and other such  parties, it also includes the idea of Dravidian which encompasses the sub-continent and truly defines our identities as Thamizhargal. There is no blind pride here, only a clear retrospection of the literary wealth of the language and its history. In order to understand what Periyar meant by Dravidian and to understand what Periyar preached as values, follow this link. https://books.google.ca/books?id=szBpnYfmH0cC&pg=PA425&redir_esc=y#v=onepage&q=periyar&f=false That's just a sample piece and you can read multiple sections about Periyar and his core ideologies. We have to imbibe the values that promote equality of all and justice for all. No dominance of caste or wealth or power must be tolerated. When Kamal says he takes in good from many leaders like Gandhi, Ambedkar and Periyar, it only reflects the man's open minded approach and pragmatism to solve issues and grow together.

Thirdly, the fact that MNM is a new party makes me place more faith in its capabilities. I trust that a leader like Kamal can clearly steer the populace in the right direction or at least try to while it is our responsibility to actually be willing to move. When we, the people do not will it, nothing can ever happen. If we desire a change and we long to see something different happen to our existing political mess, we need to work together leaving our differences aside. Our common goal must be a better society that has equal representation of people from various walks of life. With that goal, we must forget and throw away our differences and unite for the greater good.

Lastly, I see this time in history as a ripe moment for those who truly understand that if our state is not looked after and cared for, it is headed to a dire situation when it will become extremely difficult to even survive. We need to let engineers and doctors into the political field. Thamizh Nadu, of all states has created several engineers over the last few years and most of whom have not found meaningful jobs. Maybe we all will find our place building a society that is just and fair for our future generations to grow-up and thrive in. Maybe many of us became engineers and learned science so we can use it for our advantage. Maybe we will find our purpose by engineering this society to work for all without disparities. Maybe after all, we can do something about our state/country! 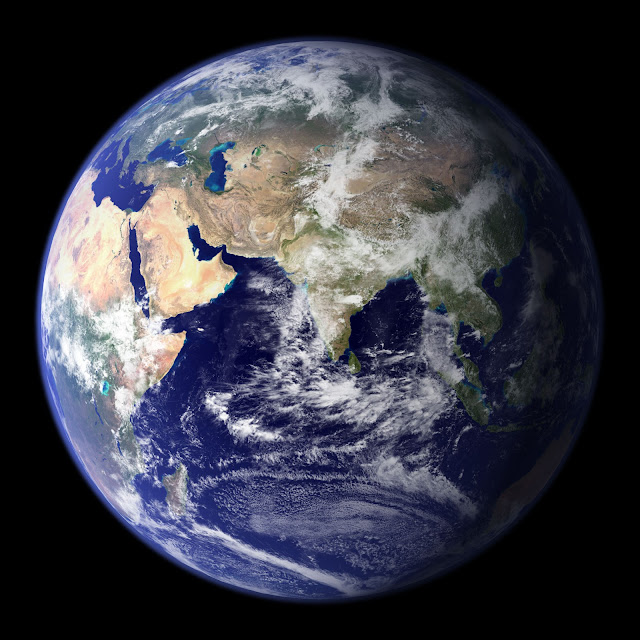