It was some date in December 2013 when I was surprised by Google. More about the surprise in the following words.

I was always and still am a proud owner of Nexus 5. I would say it is the best smart phone packed in with great specifications and affordable price. But, I am not an Apple fanatic who will never accept that their phones are extremely overrated. I do agree Google stepped way too ahead by pricing their Nexus 6 in the higher end of the price scale. People obviously would go for the Moto X and not for the Nexus 6. Anyways, my topic of conversation is not that. Its about that surprise.

So, I use my Nexus 5 and for sure, I make efficient use of its great camera. And so I was taken by surprise when a notification popped up in my phone saying I have a new Auto Awesome  video prepared by Google's Photos app. I was quite aware of Auto Awesome by that time as my snow pictures were made fun and exciting with snow effects added to it. Several such effects are added by Google+ Photos to all my pictures. If it recognizes any specific picture to have properties akin to a edited picture, it edits it further and adds a frame to it. And yeah, you really wanna say AWESOME!

Here are some comparisons of unedited pictures and the same after Google Photos applied the Auto Awesome Effects to the pictures.

This is a picture of my friend clicking a selfie in front of the University of Windsor's Christmas Tree and the two pictures show some difference in quality as is evident from Photo's enhancements to the original pictures you take. The first picture is original and the next one enhanced. 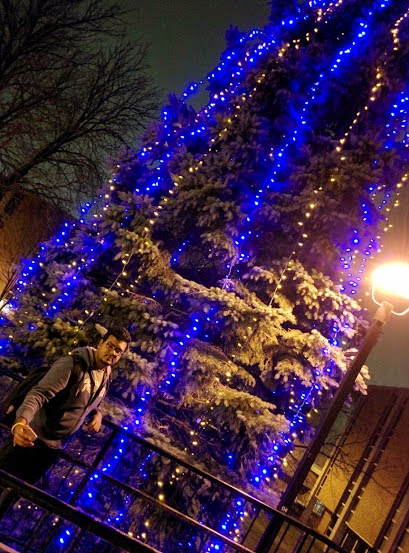 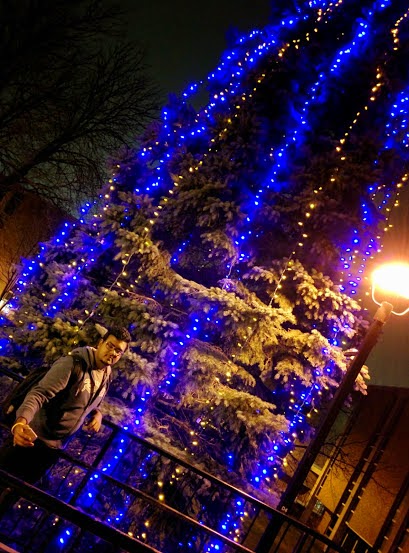 The beautiful yellow maple leaves of Peak fall 2014 is the original picture and the one below it is the edited Auto Awesome picture by Google Photos. 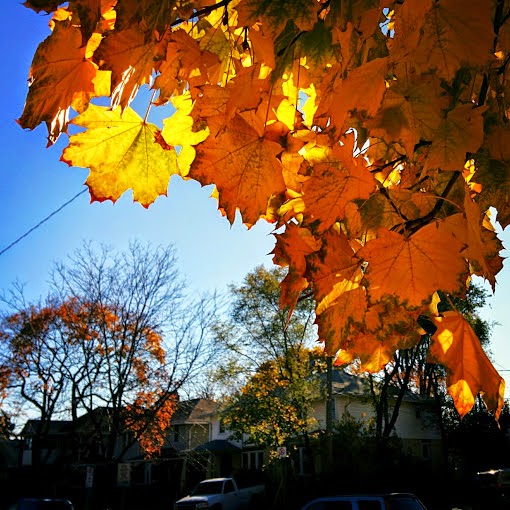 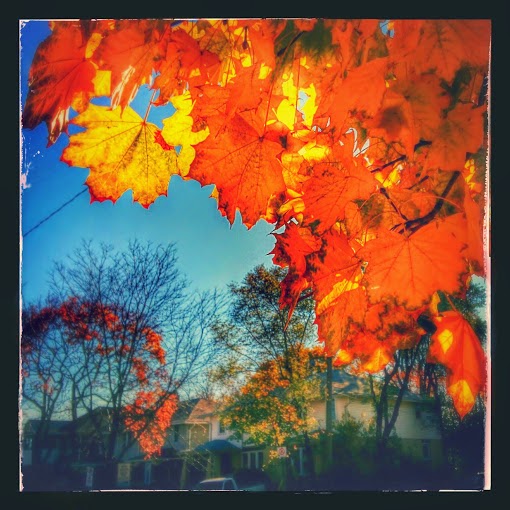 Coming to the surprise I was talking about (finally). So, the pop up was about an Auto Awesome Video that was created by Google Photos. I clicked on it to see what it was and that made my day. You can view the video down here. Although it will not make sense or bring about the same feeling that I had while watching the video, it will give you an idea as to what Google can do to make your day great or just give you a small but moving recap to your year gone by.

There are no words to describe the feeling you get while seeing how your year has gone by. It might sound really overwhelming to hear such words of praise for just a video but the effort Google has put to make such a video and care for you. I never realized the amount of memories I have created in my one year journey in 2013 and the video summed it up neatly. It is like a gift to me at the end of the year. The video is something to treasure.

Right now, at the very end of another great year, I am waiting for the Year in Review by Google Photos. Waiting to see what Google had cooked up for me summing up my memories in 2014.

How It Works?
Links for App

And that is all you have to do. Google does everything else for you. Just wait for that Season's Greeting by Google+ at the end of the year. It is of course too late to install the app now and turn Auto Back Up on as it is almost the end of the year but you could do it now so that you have a great experience with the app and the magic it does with the pictures. 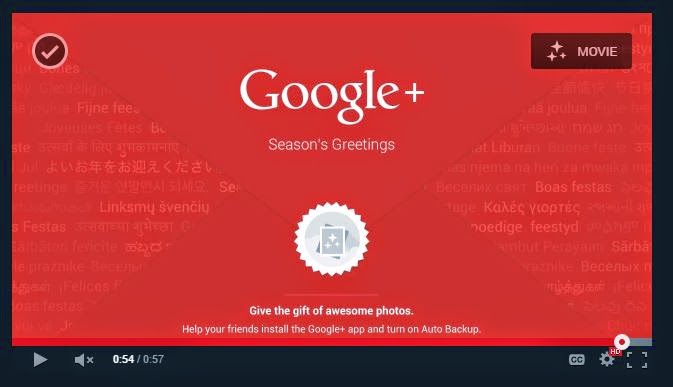 All the pictures you click on your device will be backed up on Google's servers and will then be performed enhancements or Google takes the liberty to make short videos or animations to your pictures and videos to bring about a smile to your face either when you wake up in the morning or just anytime you whip your phone out.

These 2 apps will only make your life better and not worse in anyway!

Here it is guys. I got my YearInPhotos about 3 or 4 days back!