Yes Yes Yes... We all know the story ad we are surely against it.

Most of us have written about this and commented under several similar posts in Facebook. I have also seen some weird posts which says 1 Like = 1 Slap and 1 Like = 1 Prayer.
What kind of a non sense is that!! Rather than looking for the cause behind the fact that a gang of criminals have done their heinous atrocity on a poor girl, we are here sharing the story, the method, and all other types of stuff that happened to the girl and her boy friend.

New Delhi, India: 16 December, 9:00 PM, A 23 year old girl along with her boy friend is kidnapped in a bus (a school van that was out of service). The girl was gang raped and injured severely by 4 men including the driver and the conductor. The boy was also injured and later both were thrown out of the bus. The girl is still in critical condition in a hospital.

This is a VERY important question that has to be analyzed very seriously. Why was this horrible act committed?
India is a country where people worship like 100 Goddess of various forms. But here we are witnessing a crime on women.

The basement for any good society is the family. A society can only be as good as a family is. It is clear now that these 4 men have been raised in a family that failed to allow them learn what people are for. A family that ignored to teach their kids the basic manners with which a person must behave in a society.

Okay, what if they had no family. Everyone cannot be assured of a family. Yes, then it is the responsibility of the society to teach people whatever they need to know.

And we have miserably failed in both these cases.

The society which invariably comprises all forms of our day to day life has corrupted the minds of several million Indians who now take women for granted as a piece of flesh that can be used at their ease to satisfy their manly pleasures. Well I cannot say these are many pleasures, these are the behaviors of an animal. A animal that lacks a morality and sense.

I would like to give a very specific reason for demoralizing our society to the movies that are made in India. Among several thousand of them being produced every month at least 900 of them play a very nasty role in depicting women as pleasure givers and money spinners.

And secondly a very important reason behind the corrupted society is the corrupted people who live in it. The corrupted people who think, I am not getting my mind dirty by seeing such movies, so who cares. People may oppose to the fact that movies cannot be held responsible but to Indians movies are more than entertainment, movies are part of people’s lives here. We are talking about a country that thinks actors are more than Gods and more than themselves. We are talking about a country that follows an actor as if he had done something good to the society. Where are we going with this..? Are we even thinking..? Bull Crap.

The 900 movies show women as the item which attracts the AWESOME hero. The hero pinches the girl’s hips, plays with her in many awkward and obscene positions and dances with her. While most of us consider this as purely entertainment, there a few sect of people who assume that, this is how men should treat women and they end up committing such crimes. 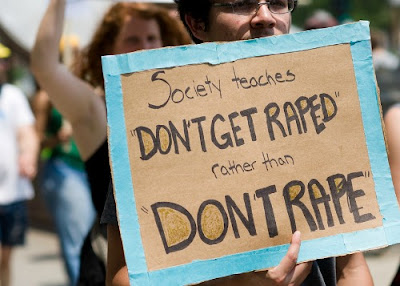 Thinking more deeply, movies cannot also be held responsible. It’s us, the people, the irresponsible, selfish people who are reason for many of the crimes that are committed on the society. Unless we change and allow for a change to happen, nothing will change.

If you think severe punishments can turn the situation around, yes may be 30% of the crimes will fall, but it won’t stop. The society must be educated. It must be strengthened at its base to avoid facing any sorts of crimes.

After all, we are those clever people, the ones who don’t care to obey any rules that are laid for the betterment of a society and here we are boiling up with anger when something we haven’t done is done.
Raping is not the only thing that is the outcome of immoral society. Road accidents, the reason that is responsible for the death of millions of lives is also a result of a corrupted society.

So, if at all, anyone has to be blamed for the incident in Delhi, it’s the Delhi government and in a wider circle the Indian Government.

PS: In India, Government means of the PEOPLE and by the PEOPLE!!!
Email Post