For a long while after the British left in 1947, they left a hangover behind. The brown-skinned elites that took over wanted nothing more than to resemble the white-skinned elites who had gone.


This new year will bring the 20th anniversary of that shimmering, amorphous thing, the new India.
Like China and South Africa and other made-over nations, India has more than one birth date. There is that midnight hour in 1947 when Jawaharlal Nehru proclaimed the end of British rule and spoke of India’s “tryst with destiny.” But it is to 1991, when India began to open its doors to the world and loosen the economic controls on its own citizens, that the present form of the country can most easily be traced.
India is an ancient civilization, but in many ways the country can also seem like a 20-year-old. It walks with the swagger of a nation that has its best days ahead. It has a youngster’s sense of immunity. Like so many 20-year-olds, it exhibits simultaneously the bravado of needing nobody and the hunger for recognition from those it claims not to need.
Who is this new India? Its character is coming into ever sharper focus, and it is becoming clearer which ideas have most shaped its remaking.
Here, based on my own years of traveling in and reporting on the country, are five ideas that have done much to turn the new India new — out of a larger pool of ideas that could be mentioned.


CLASS IS A SITUATION
Every society has distinctions of class. But in an earlier India, these distinctions were taken to be intrinsic and eternal and heritable; class was not circumstance, but identity.
The ancient caste system was the most obvious symbol of this idea. But it had many subtler expressions, too.
Businessmen made a point of hierarchically noting that “he came to meet me” or “I went to meet him,” rather than simply saying, “We met.” Waiters hunched and bowed and obsequiously overdosed on the word “sir” or “sahib” when serving.
A rising group of young Indians conceives of class very differently: not as a fixed identity, but as a transient situation, and a situation that can change.
A BED IS FOR TWO In many a traditional Indian household, the bed was for more than sleeping. It was a community center of sorts. Whole families sat on beds and ate meals, planned weddings, watched television, fought, loved and gossiped.
Such bed behavior bespoke a certain kind of family belonging that is now fading in India. Where young people once saw themselves as part of their clan, above all, they increasingly identify themselves today as individuals.
They maintain a faith in family as an insurance policy and support network. But many have come to see family as a hindrance to achieving their dreams.
They are one by one ceasing to see family members as the templates for what they might become; and ceasing, for good or ill, to believe in the economy of guilt and sacrifice that has traditionally held Indian families together.
They are coming to believe, in short, that the best approach for family happiness is for you to take care of you and me of me, rather than everyone contorting themselves for everyone else.

ENGLISH IS PASSÉ
When traveling through India today, it is easy at first to conclude that it is English-crazy. Every few kilometers on the highways and even country roads are signs for English-language classes — some teaching more dubiously than others.
But here is a secret: Indians are passionate about learning English, but they no longer want to be English. And the distinction matters a great deal. 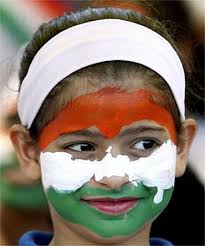 But over the last two decades, a shift in the laws of manners has occurred. Today a new generation of elites has considerably less discomfort being, well, Indian. Their accents are confidently Indian, as are their gestures, their Hindi-English hybrid talk and their taste for Bollywood films. They seem unable to imagine any fate happier than that of being Indian.

PLASTIC IS BETTER THAN GOLD
The substance that formerly defined money in India was gold. Gold represented solidity and security. But it also revealed a culture that feared the future and sought insurance against it.
It was a culture that saw people’s worth as the present value of what they have hoarded until now, seeing the future as threat more than opportunity.
These days plastic is displacing gold as the substance with which Indians most associate money. And this is more than a financial matter. To swipe a plastic card, rather than stash gold, is a psychological bet on the future instead of a hedge against it. It is valuing your worth as the present value of future earnings, not past ones, on the assumption that the future will only refine the present.

MODERNITY IS BEST SERVED TRADITIONAL Changes of this kind have been disruptive, to say the least, in many parts of the developing world. India is often faulted for modernizing too slowly and chaotically. But there is perhaps another way of seeing its journey over the past 20 years: as a different model of modernization.
It is a model of forward movement in which the past retains the upper hand and the future stands on the defensive. Change, however inevitable it might seem, must prove itself before being allowed to work on India.
But the Indian model is more than just cautious. It tends to assume, against all odds, that the traditional and the modern are ultimately compatible.
What is emerging is a kind of situational modernity, in which there is a time for casual hookups and a time for arranged marriage, a time for belonging to the greater tribe and a time for solitude and self.

Anand Giridharadas is the author of “India Calling: An Intimate Portrait of a Nation’s Remaking,” published in January by Times Books.
Email Post